Endless coastlines and a wild, untamed nature that comes hand in hand with deeply rooted culture and folk heritage... Discover the best spots to enjoy unique, unobstructed views of the country’s natural gems with a unique car from Carwiz. 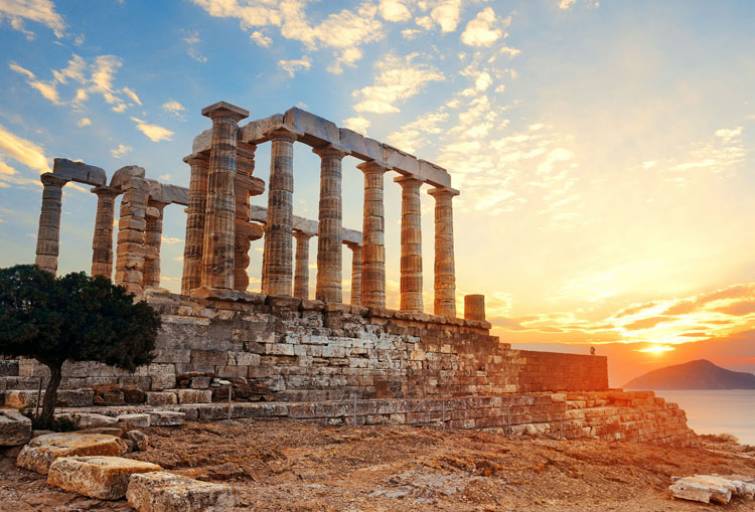 The most famous attraction of the Cretan city is the Castle of Fortezza, near the Old Town and 2 km from the port of Rethymnon, where centuries of history are kept almost intact. Imposing its greatness over the city, the Venetian fortress is located on the hill of Paleokastro, serving up some stunning views of the Aegean Sea and the city below. Touring around the castle you can also see ruins of the Episcopal Palace, the Artillery Warehouse, the Mosque of Ibrahim Khan and the House of Counsellors.

37 kilometers from the port of Rethymno you can also find the Monastery of Preveli, separated between Piso Moni and Kato Moni (they are about 2 km apart from each other). From Piso Moni you can see the endless Libyan Sea and the exotic beach of Preveli, with a lake and the second largest palm forest of the island. Explore the Megalonissos («big island») with one of the state-of-the-art Carwiz cars from its stations in Crete.

If you are in Athens and find yourself in the mood for an idyllic sunset or the full moon reflected in the waters of the Aegean, visit the Temple of Poseidon. It is located in Sounio, 10 km from the port of Lavrio (70 km from the center of Athens). Rent a car from the Athens station and explore the highlights of the area. Since you are taking the trip, why not grab a swimsuit and explore the hidden coves of the area? This is a sacred place as it is the exact spot where king Aegeus was standing on, waiting for the boat that would bring his son Theseus back from Crete, after he fought the Minotaur. Seeing black sails on the ship, a false signal that Theseus was dead, Aegeus fell from the rock to the sea below, forever lost under the waters that were since named after him.

It is one of the most charming cities of Northern Greece. Kavala is an all-weather, all-style destination, endowed with sandy beaches, delicious fresh fish and important monuments. The best view of the city can be discovered on Stavros hill, 6 km from the port. If you want to go up at night, it’s easy! A lit path will lead you to the top where a clear view to Thassos island and of course all of Kavala, awaits. The concrete cross you’ll find here has given the site its name, and it was built in 1953. The 1100 meters path is an easy and pleasurable ascent. Do not forget to rent one of the new cars at the Carwiz station in Thessaloniki.

Rest your gaze on the beauties of the land and relax in front of the natural canvas that unfolds. Our suggestion: Choose to visit these places at a quieter season when the crowds are less and the views are more private!

To enhance your browsing experience, CARWIZ web page use cookies and similar technologies. If you continue viewing this website, we will consider that you agree with their usage. More information »